While born in Dothan, AL, Wayne spent most of his life in Georgia, where his dad pastored churches for 40 years. Wayne, and his wife of 25 years, Amy, have 5 children between the ages of 11 and 23. Amy serves as a third-grade teacher in Simpsonville, while also serving as pastor’s wife at FBS | UC.

Wayne and Amy spent the first 15 years of marriage attending college and seminary, earning 8 degrees collectively. That season ended when Wayne completed his Doctorate in Leadership from The Southern Baptist Theological Seminary in 2010.

For the first 20 years of ministry, Dr. Bray served small to medium-sized churches, both rural and suburban, in Georgia and Louisiana. Then in 2015, God brought the Brays to First Baptist Simpsonville. God has richly blessed the church over the years, but they have experienced much recent growth. First Baptist Simpsonville / Upstate Church now has 5,900 members who gather in 11 distinct worship services across five different campuses.

Dr. Bray has authored several books, including Inside Out: Christian Hope in a World of Contradiction – Rainer Publishing (2019). In addition to serving as Lead Pastor at FBS/UC, Wayne enjoys teaching as Adjunct Faculty at Anderson University, and was recently elected as the President of the South Carolina Baptist Convention.

Wayne hopes to use this small window of leadership opportunity to influence the 2,100 South Carolina Baptist churches to embrace a unified mission to bring revitalization to hurting churches across the state. 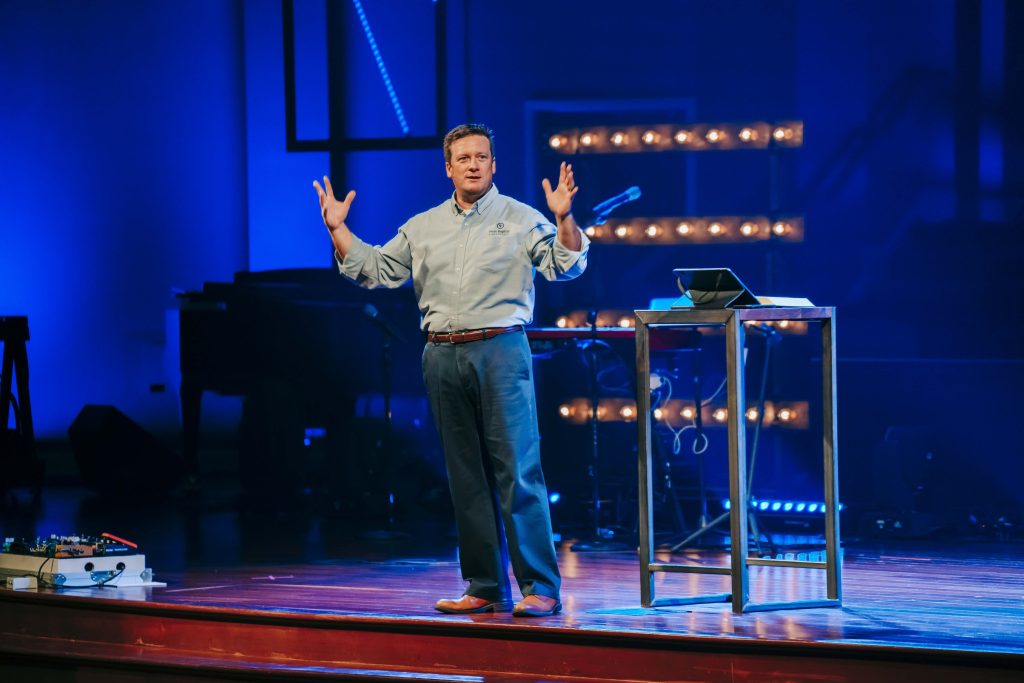 Photos & Bio for promotional use